History is made as girls teams play for Merstham: junior round-up

Merstham Cricket Club have made history in May, with girls teams playing official league fixtures under the club's name for the first time, at U14 and U11 levels.

Previously around the turn of this decade, girls fixtures had been played for Merstham, friendlies against Lingfield and Caterham when leagues were not accessible.

It matters not that the U14s were defeated in the Surrey Girls Smash it League against Purley. What matters is that - just like any of the youngsters who have started out and continued to play for boys teams (which can contain girls) down the years - they loved every minute.

A very close game ended with Purley Pipping Merstham to the post.  Merstham won the toss and elected to bat and eneded up on 85 for 8.  Orla Chavasse opened the batting with a composed 16 runs and Daisy Wicks kept her company at the other end. 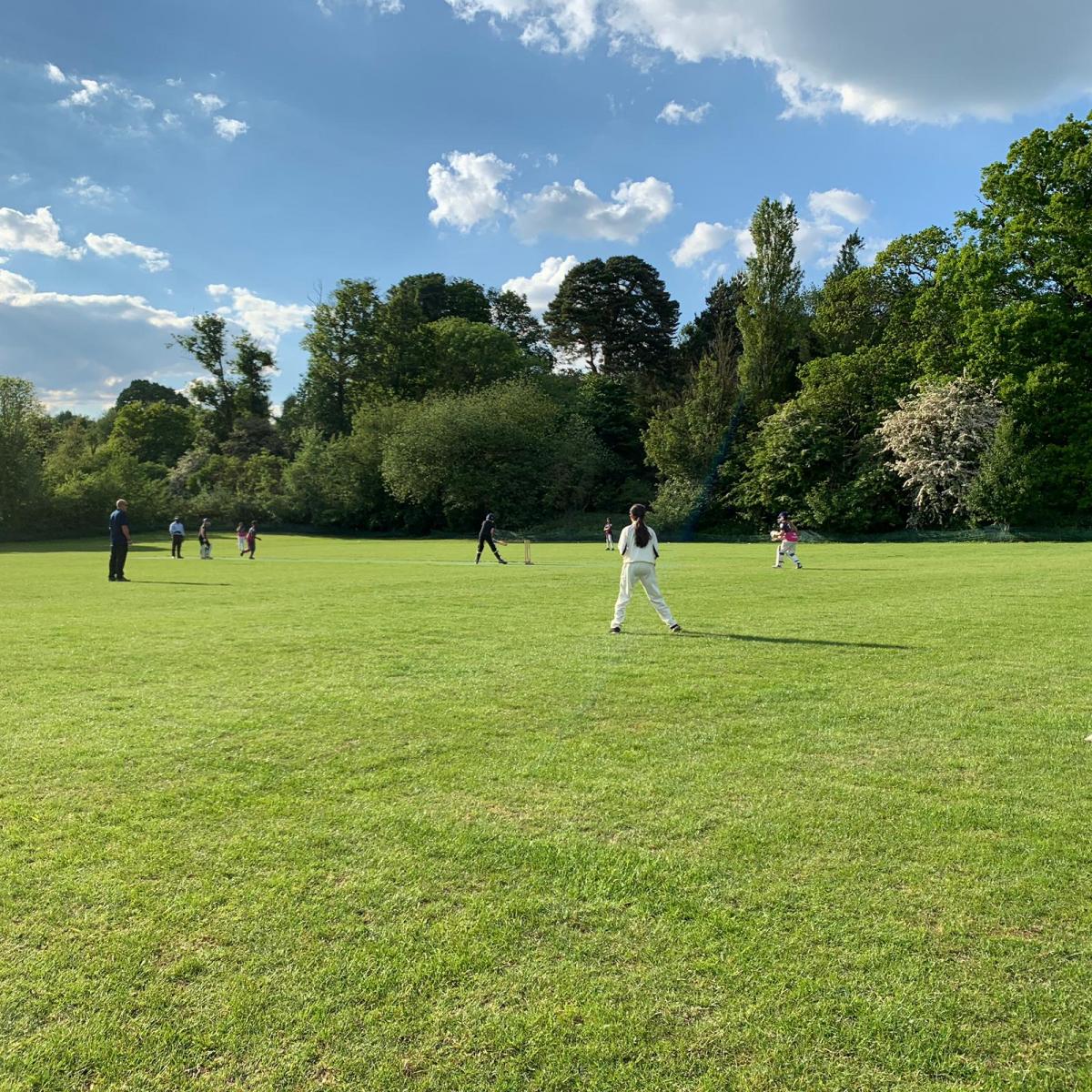 Rebecca Collins came in at number six and top scored with 19 to give the innings some momentum.  Merstham bowled really well with both Orla and Annabel Jackson having great first overs.

Rianna Patel bowled the sixth over and managed to bowl the opener and three balls later their other opener departed, run out after some great fielding.  Lottie Burnett was neat and tidy behind the stumps and martialed the troops in the field well,  along with Orla.

The coaches were very proud of Merstham, who fought hard, after their first ever game, which Purley won in the last over by eight wickets.

The first ever league match at Merstham took place when the U11s hosted both Horsley and Cranleigh on Sunday May 12 - again under Smash IT league rules. They later played Epsom and Oxted in three-way match days.

Players ages went down to seven years old and some looked like seasoned players, some having attended Friday night training at the club for the past few years and several having trained through the winter with the club.

In the end honours were equal on Smashes but Epsom prevailed at 86 to 70 overall. None the less, the girls stepped up for their 4th and final match of the fortnight against Oxted, with spirits and ambition. Unfortunately, victory was to elude them but not before a fine performance, with every player throwing themselves at the challenge with gusto.

They ran Epsom tightest, losing by 12 runs and the players and parents extend their thanks to those who have made it possible, especially chairman and Friday night lead coach Richard Feist, plus Nick Thomas, who has also coached the girls for the two seasons building up to these first matches.

Then there is Ollie Martin for stepping up as umpire for both fixtures and taking over coaching responsibilities on Friday, and last but very much not least Rachel Hughes who has organised the team and schedule and made these fixtures possible.

The U13 boys, meanwhile, had a fixture away at Chipstead. Flynn McRobbie and Matt Gray opened and both started well, five off the first over including Matt hitting a four.

This was followed swiftly with a great shot from Flynn. Although not quite reaching the boundary, the pair ran three. Superb bowling from Chipstead saw Matt bowled at 9-1 followed shortly afterwards by Max Yates, LBW for a rare duck.

Michael Noad came in at four and straightaway hit a lovely shot that was pulled in just short of the boundary.  However, his patience was soon rewarded with four runs off his legs. Next out was Flynn, bowled with the score on 23 from five overs.

Josh Kenny joined Michael against some tough bowling and fielding and Merstham were soon 24-5,courtesy mainly of Chipstead's Sam Flower who took four  wickets for one run off three overs. Undaunted, the pairing of Haider Salik and Jake Dean launched  a fabulous recovery.Haider was finally out after an excellent 21 runs leaving the score 61-6 off 15 overs.

Dinuk Jayamanne and Jake took the score to 82-6 before Jake was finally bowled (16 runs). The final over saw Dan hit a nice bounday to finish Merstham’s innings at 87 for 7.

Merstham’s fielding challenged Chipstead and they were soon looking on top with Michael’s solid wicket keeping and some excellent bowling. Flynn took the first wicket, 19-1, and second at 21-2. Haider bowled a maiden, then dismissed the remaining Chipstead opener LBW; 28-3, and then another wicket; 28 for 4.

The seventh over saw Max keep Chipstead’s run rate low. Dinuk bowled next, another succesful LBW appeal and a wicket, 30-5 before he also saw off their Surrey player. It was 43 for 6 off 10 overs and Merstham seemed well on top.

However, just like Merstham, Chipstead made a strong recovery to 73-6 before a great catch from Josh off Haider’s bowling; 73-7. It was getting tight, 83 for 7 with five overs to go. Then, off Matt’s bowling, Max takes an amazing one handed catch but their umpire calls a no ball. With the scores level a great ball from Max and a catch by Ishan.

There was just one more wicket needed but with Chipstead only needing one more run it wasn’t to be.