Captain Laurie Nicholson’s Merstham took their first win of the season on a historic day for the club - they fielded a fifth team on a Saturday for the first time.

Ed Dawson led the way with 120 against Hampton Hill in the Surrey Championship Division Five, finally falling as the eighth wicket on 210. A partnership of nearly 100 with Simon Rivers (37) was the most profitable partnership along the way.

When Dawon was out, his was the fifth wicket to fall within 33 runs and the innings looked over before a ninth wicket partnership of 60 between Mohsin Ali (25 not out) and Asim Jaffri (35) ended on 270.

The final total of 274 always looked a challenge. Hosts Hampton Hill were 89-4 after two wickets were lost on that score, both to Humayoon Nasir, part of his 4-35 including a caught and bowled. James Coggins took 2-45 and one each for Ali, Lithon Tarofder and Jaffri restricted Hampton to 243-9 from their 50 overs. 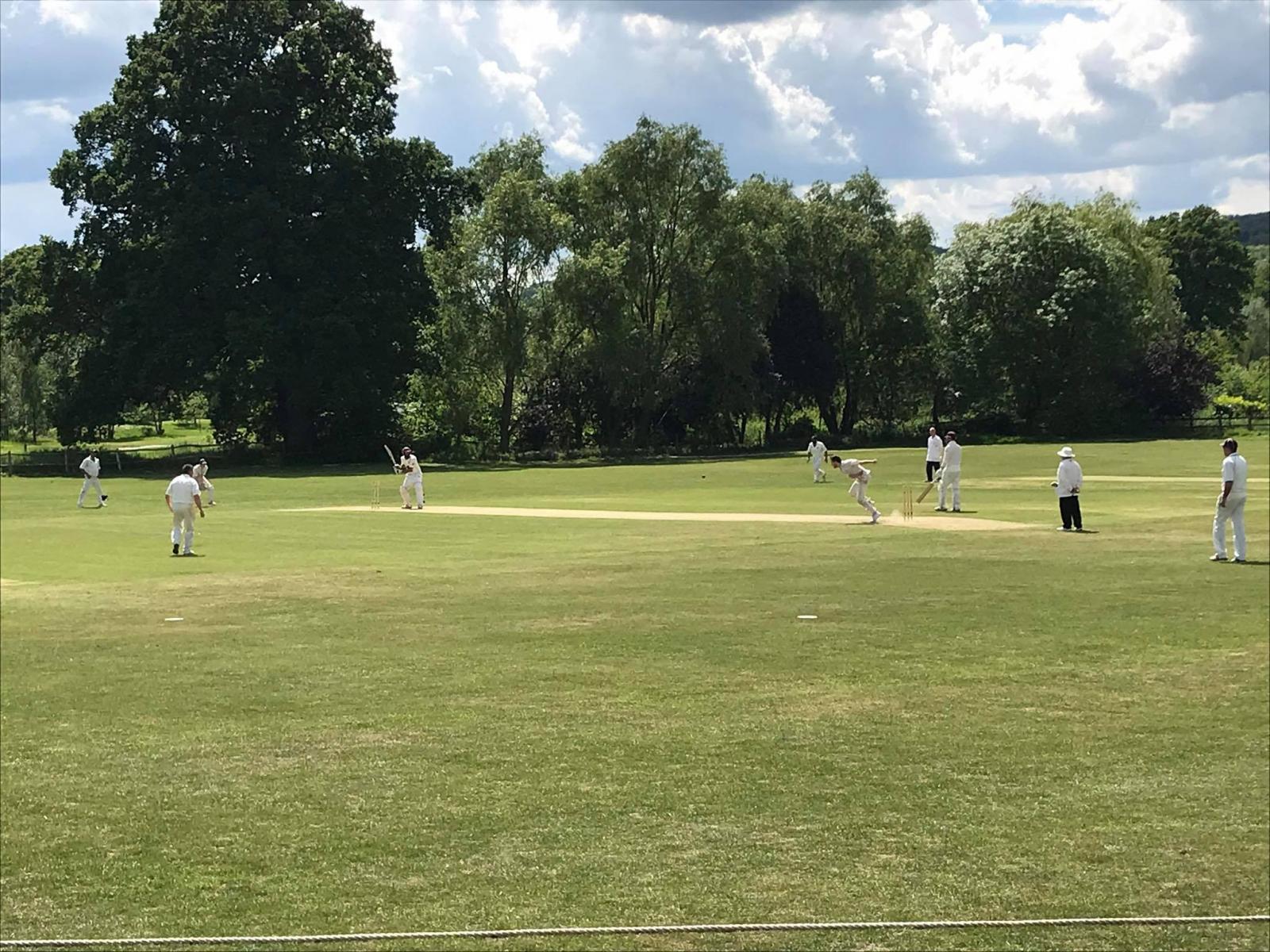 After winning the toss the second team asked Cheam to bat first at Quality Street.

Merstham bowled well with notable performances from Fraser Percival (3-26), Bobby Sharp (1-45) and Imran Khan (2-38). Fielding was good and Merstham put pressure on the visitor to have them six down with 80 on the board.

Their strong middle order batted sensible to post a reachable target of 204 on a good track.

After a solid start with 60-1, Ali Pervaiz had to be taken off injured and a collapse ensued to be bowled out for 100, Arham Ali (17) and Finn Harris (18) top scoring. The batsmen let the side down after an opportunity to beat the Surrey Championship Division Four 2nd XI leaders.

Jack Letts (40) made a good opening start for the thirds against Wimbledon, but lost partners regularly with Zee Murtaza (12) and Asim Ashraf (28) doing their best to bulk out the total, but Merstham were 128 all out after 33 overs.

The visitors knocked off the challenge in the 35th over, five down, with first change bowler and captain James Lowe eventually breaking the opening partnership and taking another wicket for 2-21. Ashraf and Callum Letts took a wicket each - and Sunny Bowry two catches.

That was despite a masterclass in batting by Ashar Syed, eventually caught for 111. The next best score was Anthony Maplesdon’s 16.

In response, Afsar Khan opened with 1-7 and six maidens in his eight overs, and Chris Clayson 0-16 off four before succumbing to injury. Jawad Riaz (1-33) took a wicket and Tom Chellis 2-41, plus George Corrie one before Cheam passed the total after 35 overs.

The inaugural captain of the history men, the fifth team, gave them the name of the Rocket Men - because all stars of the future have to start at the bottom, just like some bloke called Reg Dwight, about whose glistening career a film has been made and is out this year.

Yes, this was the first time Merstham had fielded five teams on a Saturday.

Urged to remember the occasion when they make it to the top, a team heavily packed with youngsters and a few experienced hands set about restricting hosts Dulwich 6th team.

Opening the bowling, teenager Ben Jones bowled some firecrackers to rearrange woodwork among his 4-29 in which he also had one caught by young keeper Brennan Calafato, off a batsman’s scoop. Calafato kept very well, catching most things and conceding just one bye.

At the other end, Harrish Joseph’s powerful seamers resulted in two maidens in 0-22 off seven. New coach Alex Reeves and regular Saturday teenager Matt Greaves bowled forcefully as ever, and - on his Saturday debut - Ahmed Warraich took 2-32 (one courtesy of a Satya Prumer flying catch on the square, proving one Rocket Man could fly). Warraich also contributed a catch.

The score looked gettable, and skipper Ian Lamont (11) and Prumer ticked over the early run rate and took advantage of byes on a short boundary at one end. Prumer (3) unluckily played onto his stumps when the ball dribbled on, past his block.

His son Alvin (4) looked set but was caught, Ash (5) was bowled, Jones (9) played a steady innings beyond his years, Calafato slapped a six straight down the ground - making the biggest hitting in-road against an irritatingly unplayable slow bowler.

New face Joseph equalled the top score with 11 not out in the tail. There were promising boundaries from him and several of the youngsters, but the team were bowled out for 80.

With so many players wanting a game last weekend, yet with so many still missing, there's no telling how soon the next outing of the 5th team will come. 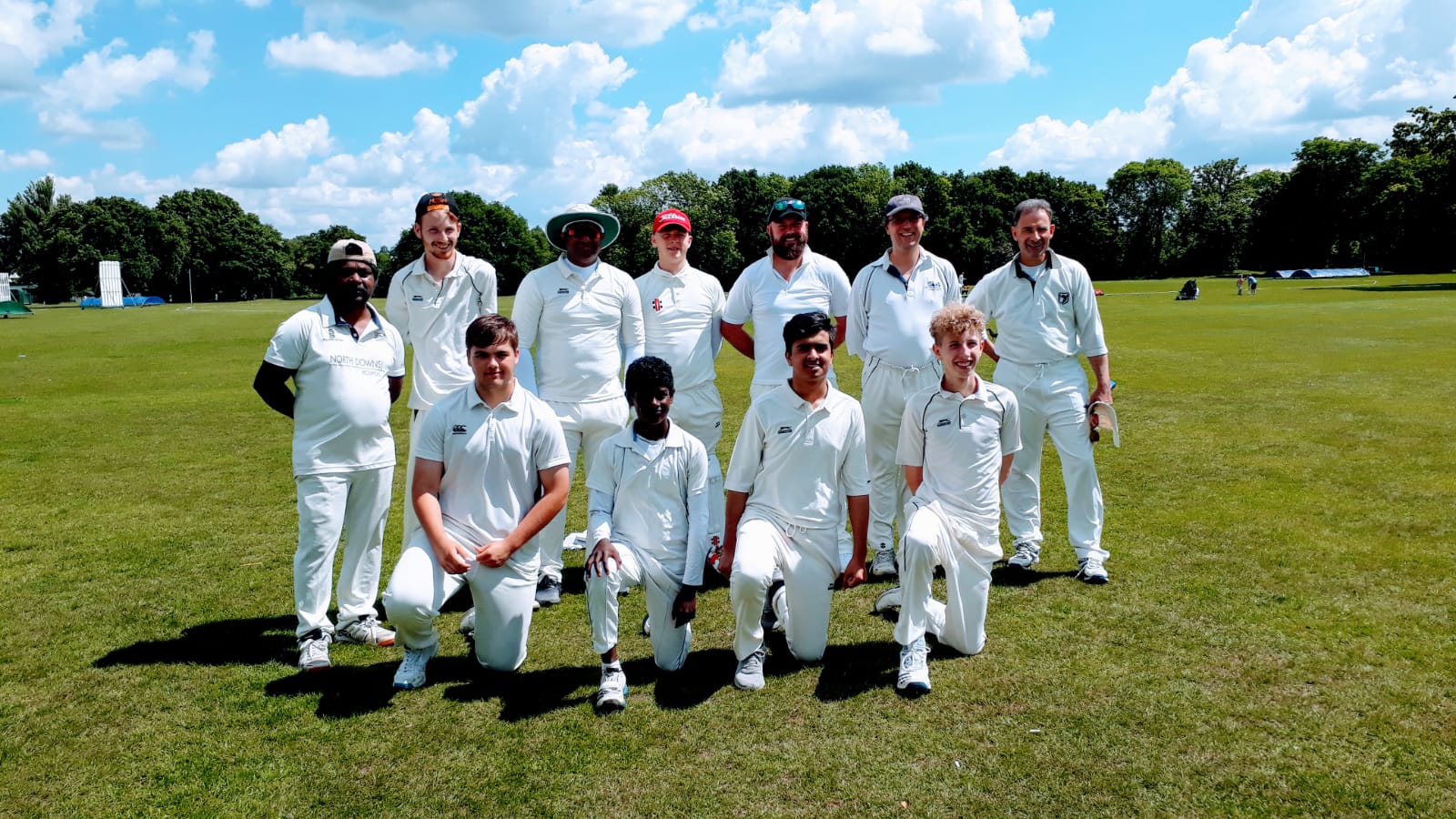