Merstham's bid to stay in the Surrey Championship took a turn for a worse despite a captain's innings 66 from Laurie Nicholson, as relegation rivals SinjunGrammarians took a vital victory.

The visitors to Quality Street leapfrogged their hosts, who were left second bottom of the division after an 85-run defeat, which means they have to beat Division Five winners Old Emmanuel on Saturday to have any chance of staying up.

Sinjuns chose to bat and lost two early wickets - Asim Jaffrey taking his 2-41 in this spell - before putting on 37 for the third wicket and, crucially, 82 for the eighth with Robin Mehta (31) and Ali Almal (38) top scoring. 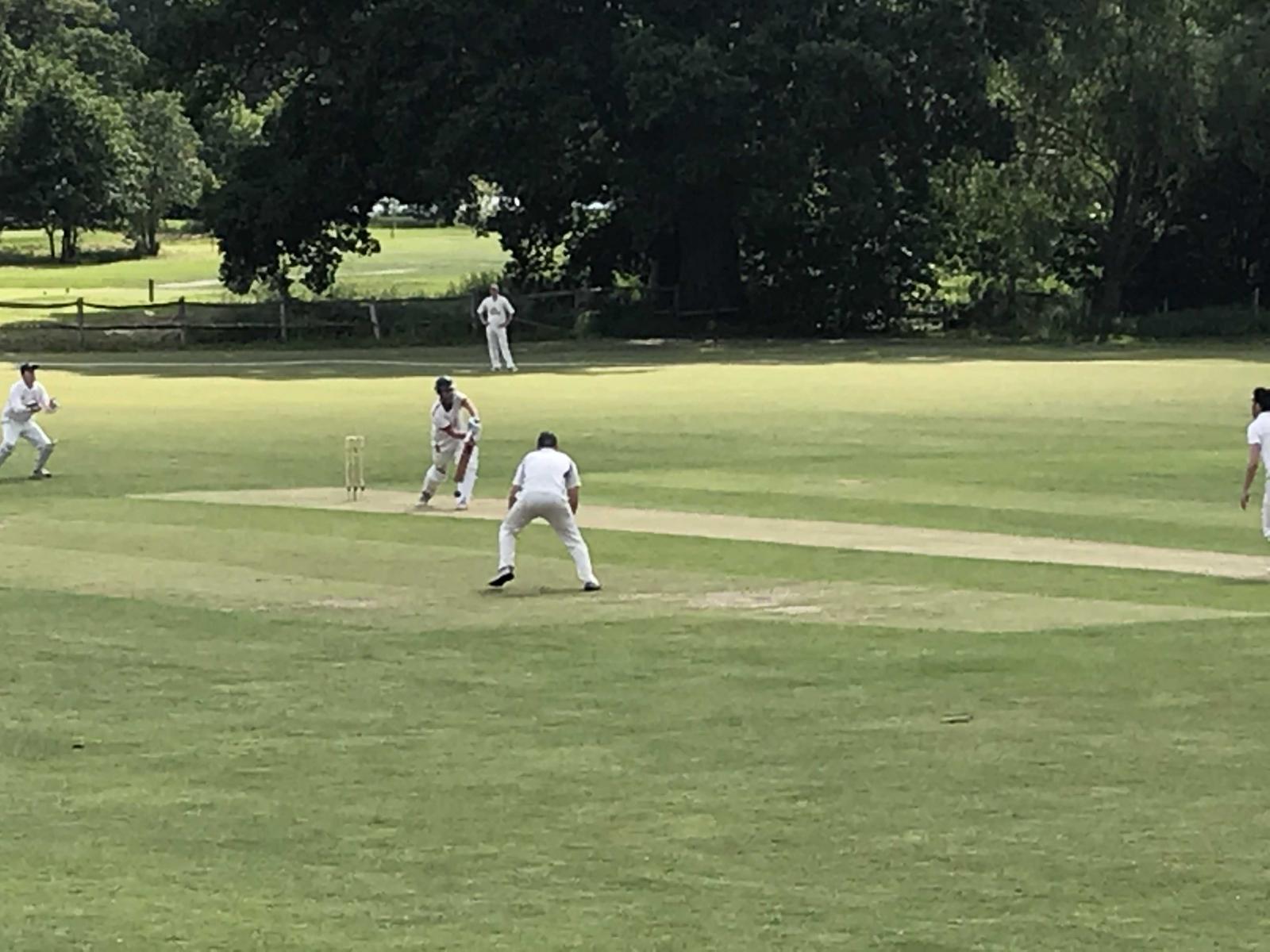 While both were part of George Neal's 3-46 - also taking the final wicket at Sinjuns made 214 off 46 overs - Bobby Sharp returned 5-33 in the middle order, his best figures of a 38-wicket season, one caught and bowled and another two caught behind by keeper Ed Dawson.

Sadly, with the bat Dawson couldn't reprise his match-winning innings of the previous week, falling for nine having taken his Merstham career runs total to 2705.

Fellow opener Jason Drewett, deservedly promoted from the second team, managed 10 before being run out and, at number five, Nicholson was at the crease all too soon.

He managed to muster 66 but found steady partners hard to come by as Merstham faltered after 42 overs, all out for 129.

The result leaves Merstham 13 points behind Sinjuns, whose destiny is in their own hands against mid-table Egham next week, while Merstham travel to leaders Old Emanuel, whom they have already beaten. A win would mean Sinjuns would have to lose with fewer than eight bonus points.

The second team were all out for 139 in the 32nd over, after a rain interruption revised their target from 301 to 253 at Old Emanuel.

The third team's revised target was chased down by Addiscombe, who lost the toss and were put into the field.

The second innings lost a few overs to rain but in the end it mattered little as Merstham only took two wickets in Addiscombe's 160-2 off 30 overs, Callum Letts having jack Stone caught by Burrows for 33, and Lowe bowling Adam Stevens for 29.

The fourth team, asked to field, restricted East Molesey to 60 off the first 20 overs but couldn't keep that run rate down as Keith Tomlinson progressed to 50 with James Ingram (43) in a mid-innings recovery. The hosts at Imber Court scored 179-9 off 40 overs with Omer Shuja taking 3-10, Alex Reeves 2-26 (and a lovely diving catch at slip) and Bill Ash 2-31. The latter two could have taken more wickets had catches been held. Dilhan Jayamanne also took 1-8 off three overs and Ahmed Warriach 1-47, the wicket coming in the innings' final over when his bowling had deserved more.

In reply, Ris Bakrania marked his fourth team debut with 47 including some lovely boundaries before being caught and bowled and Jayamanne did his best against some chin music to keep the score ticking, notching 30 before being stumped, as were three of the team going for shots.

Michael Pitcher clonked a lovely four near the end and was unlucky to be caught by a running catch in which the fielder caught the ball one handed at the second attempt, leaving Merstham all out on 113, chasing a rain-adjusted 168 to win.