After a "sad day" in which Merstham's first team were relegated from the Surrey Championship, first team skipper Laurie Nicholson handed his player of the season award to two people - one bowler and one batsman.

Asim Jaffrey, who took 37 wickets in the Division Five season and Ed Dawson, who scored 474 runs, shared the award.

Merstham were relegated after losing, with three balls left, at champions Old Emmanuel, while relegation rivals SinjunGrammarians, to whom the Magics lost the week before and who started the day just above them, won at Egham. 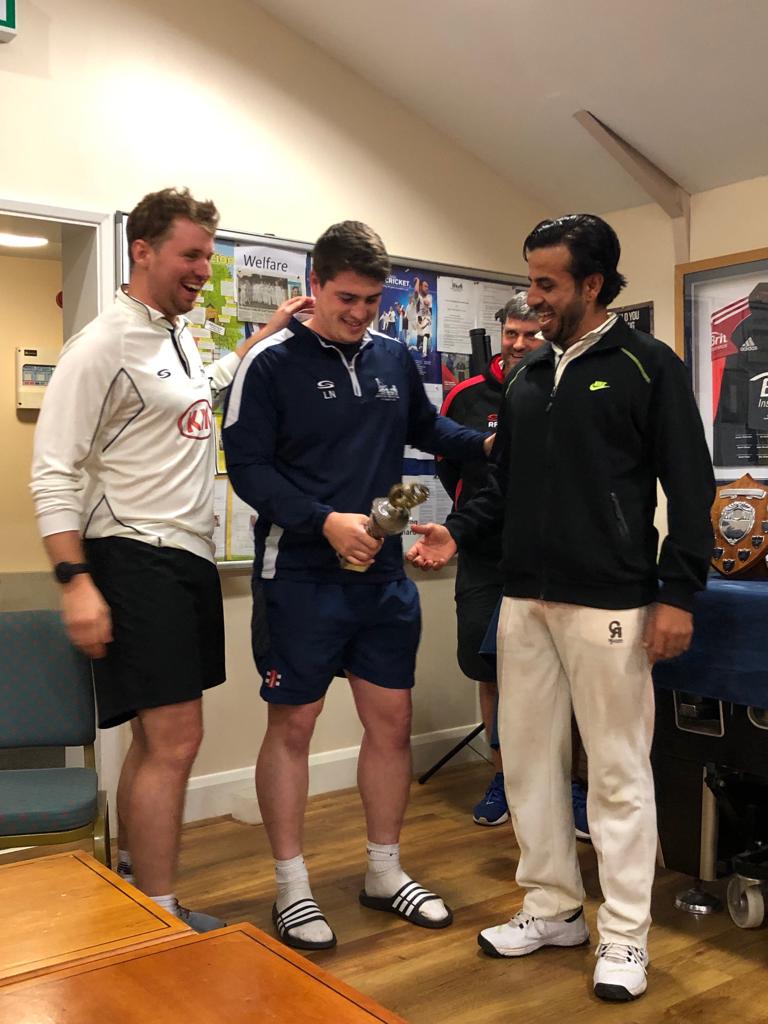 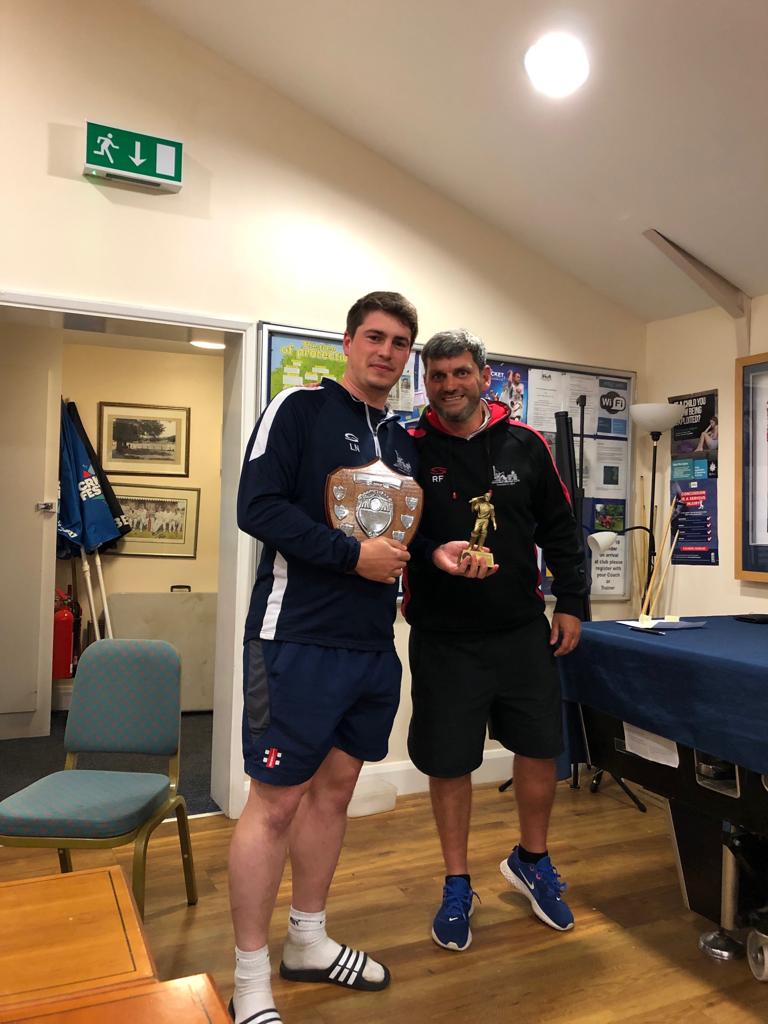 "Our real chance to stay up was last week," said Nicholson, before focusing on the player of the year award. "The lads have all played a part. Hopefully we can reboot and come back stronger." 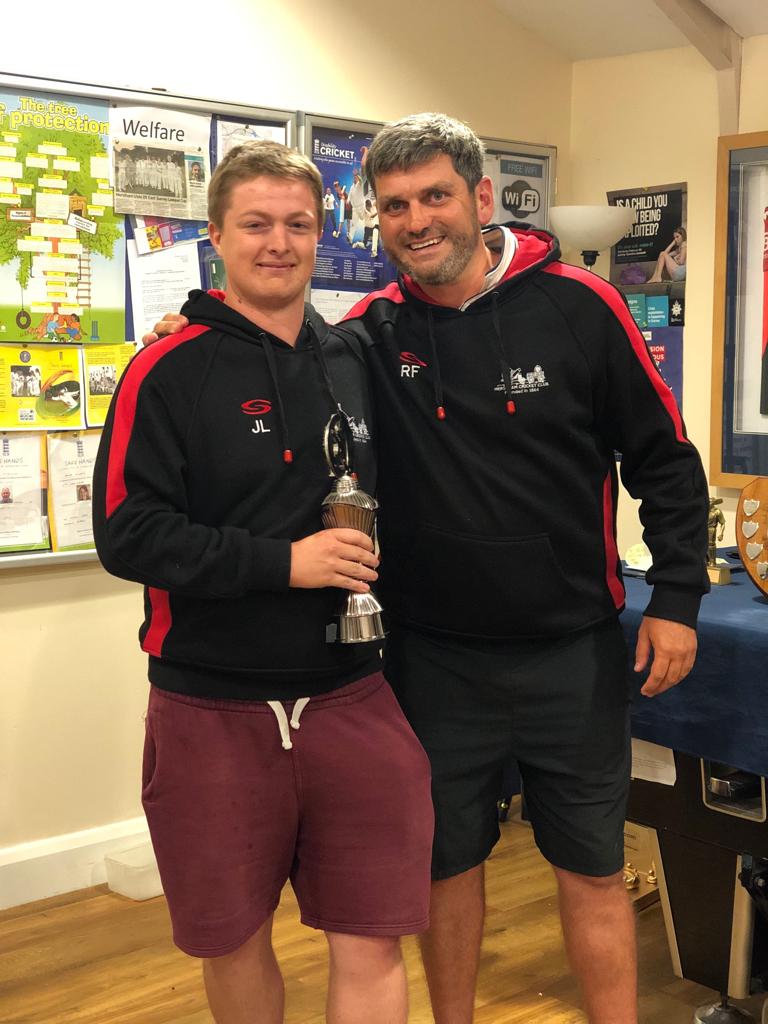 Second team skipper and club chairman Richard Feist said he could easily have given his award to Safyan or Imran Aslam, but went for the consistency of Jack Letts (above).

The third team's James Lowe said it his team had been a "dream" to captain this year, in which they missed out on promotion behind Dulwich and Ewell. He thought they would be favourites to go up next season. His award went to Asher Syed for his strong batting performances - he was third on the overall runs total for the club on 637. 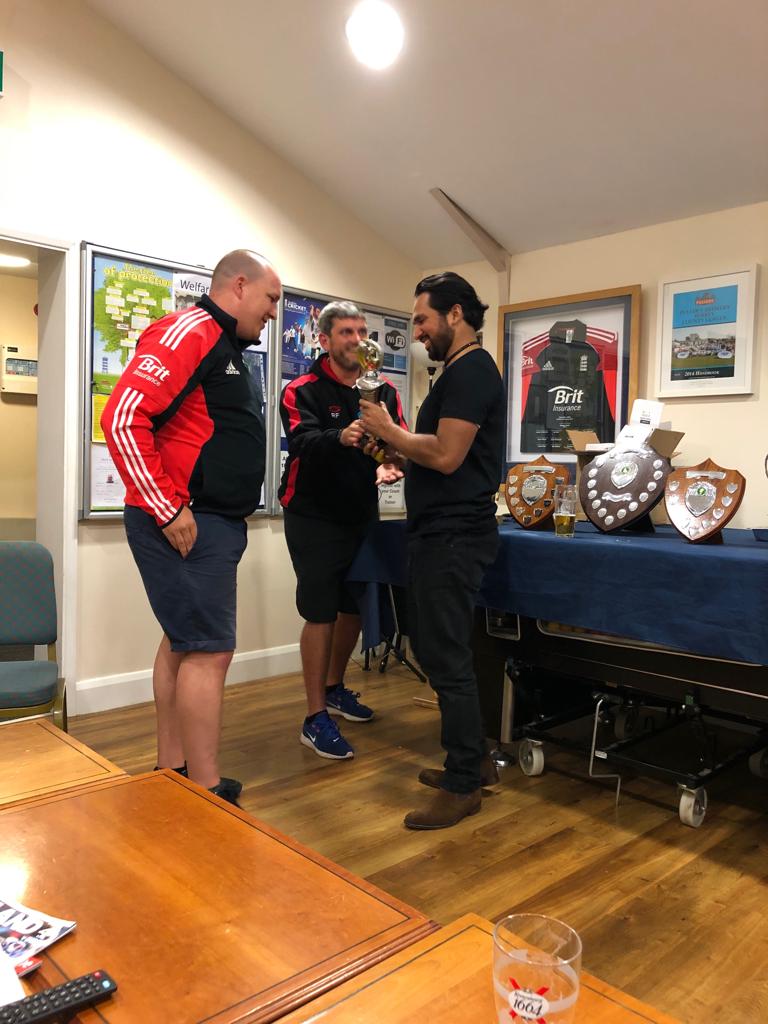 Ian Lamont said it had been a challenging season for the fourth team, whose league lost two teams halfway through. The team also used 44 players during the year. While noting some good players passing up through the fours such as teenager Alvin Sathya, and mentioning good contributions from new faces such as Alex Reeves and Harrish Joseph, he went for Asif Akhtar, who had most runs and most wickets for the team, as his player of the year. 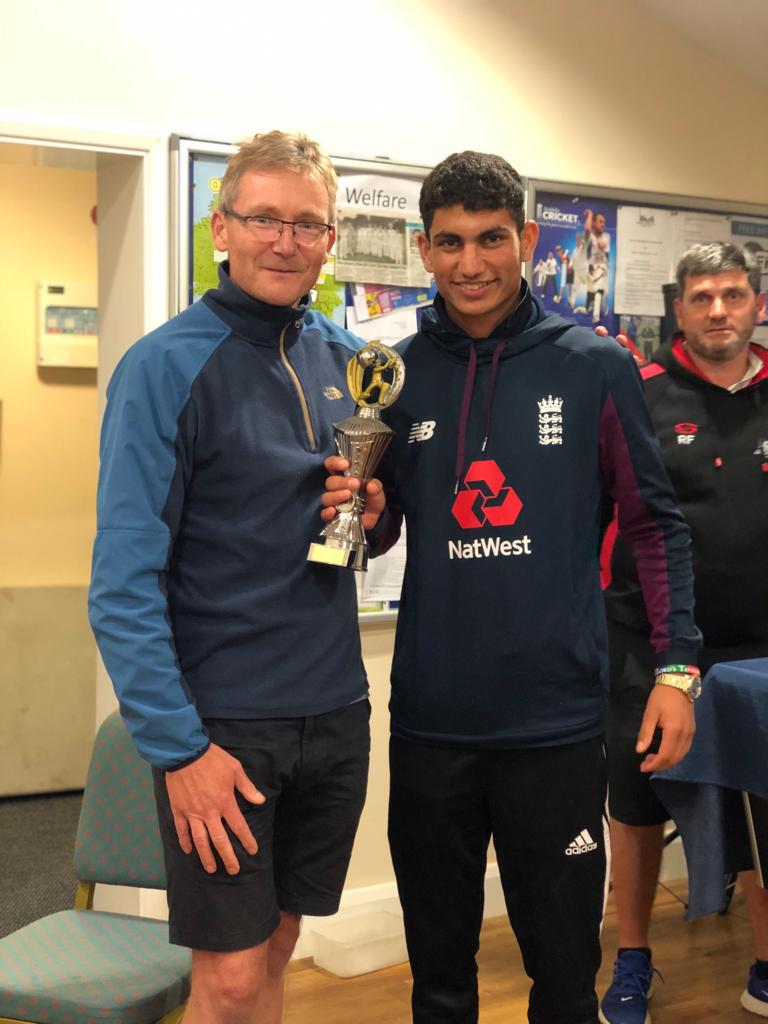 The Sunday Development team, led by Rob Harris (above left), went for teenage bowler Afsar Khan (above), who also topped the wickets list with Bobby Sharp.

Michael Pitcher (below left), the Sunday second team captain, picked one of his predecessors, the dependable Bill Ash. 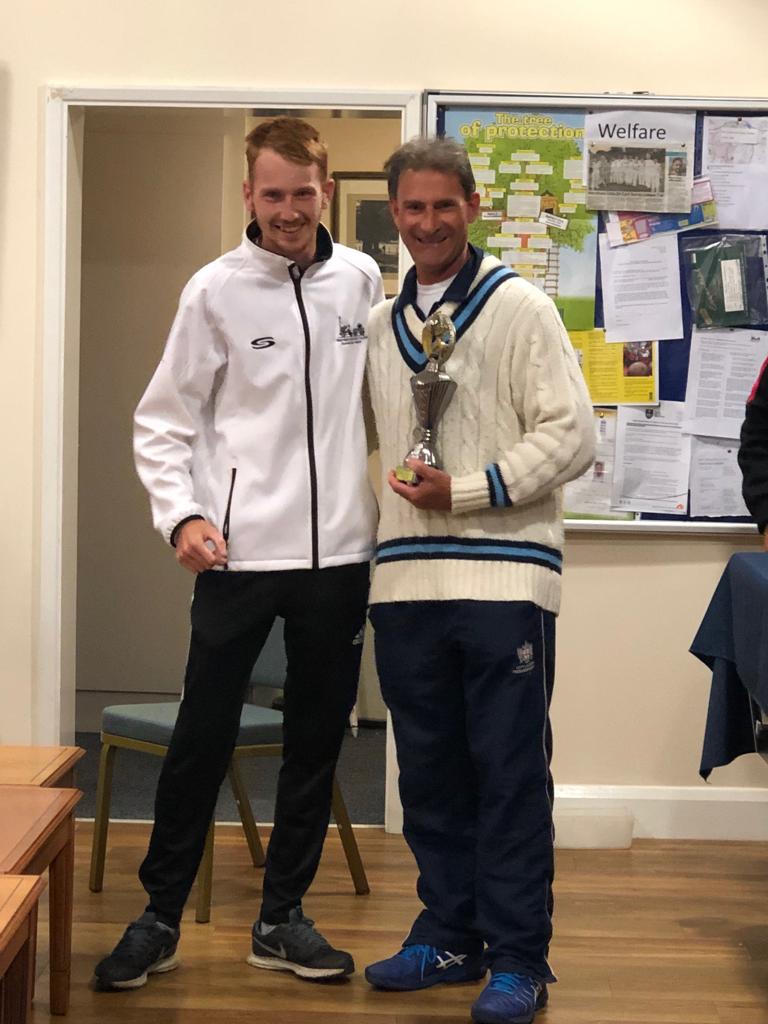 While Callum Letts' 6-16 in one game was noted, he didn't make the top five of overall wicket takers, being beaten by Lithon Tarofder, Safyan Aslam, Jaffrey, Khan and Sharp.

The top catchers' list included Sharp, Jaffrey, Sathya all in double figures, but Lowe headed it by a clear margin, taking 16. 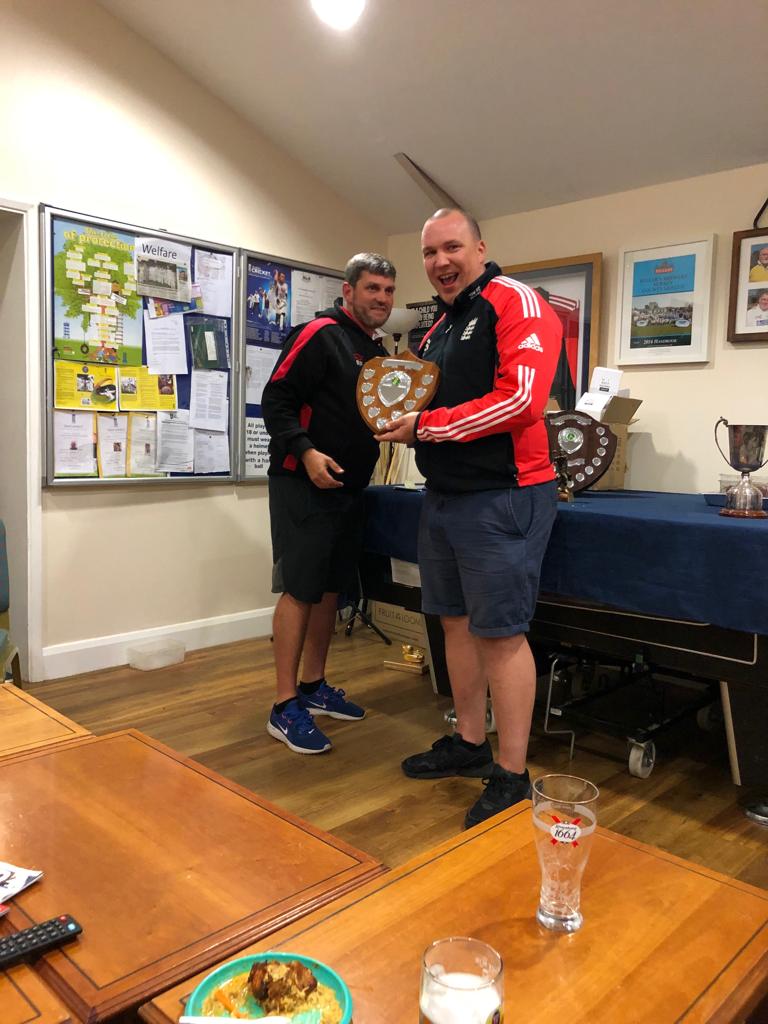 James Lowe was delighted with his award for being the club's top catcher.

A few people pushed for the most ducks in the end, but it was won by Sunny Bowry after several early season failures with the bat on five - and picked up by his friend Nav Saeed. Jason Drewett, a second team stalwart, just edged Syed for the best batting average. Nicholson was the club's top run scorer with 843, with Sathya (including junior matches) on 689 followed by Asher (637), Finn Harris (521), Will Preston (507) and Dawson (474). 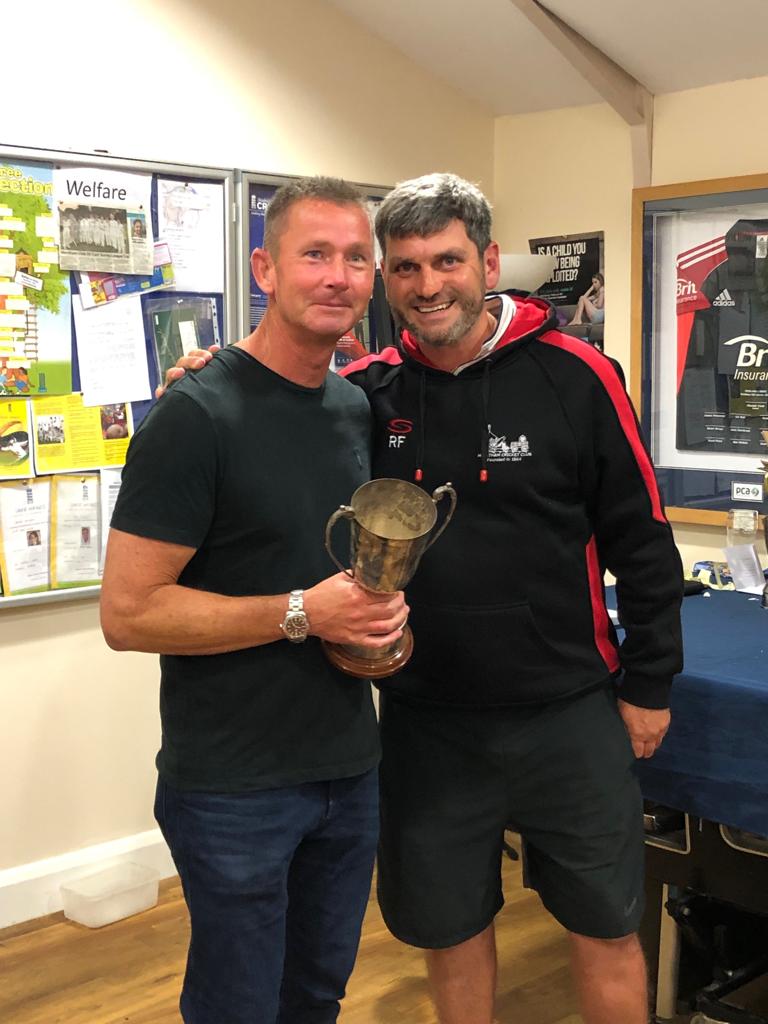 Jason Drewett, left, topped the averages with the bat and (below) gives chairman Richard Feist a thank you on behalf of the club. 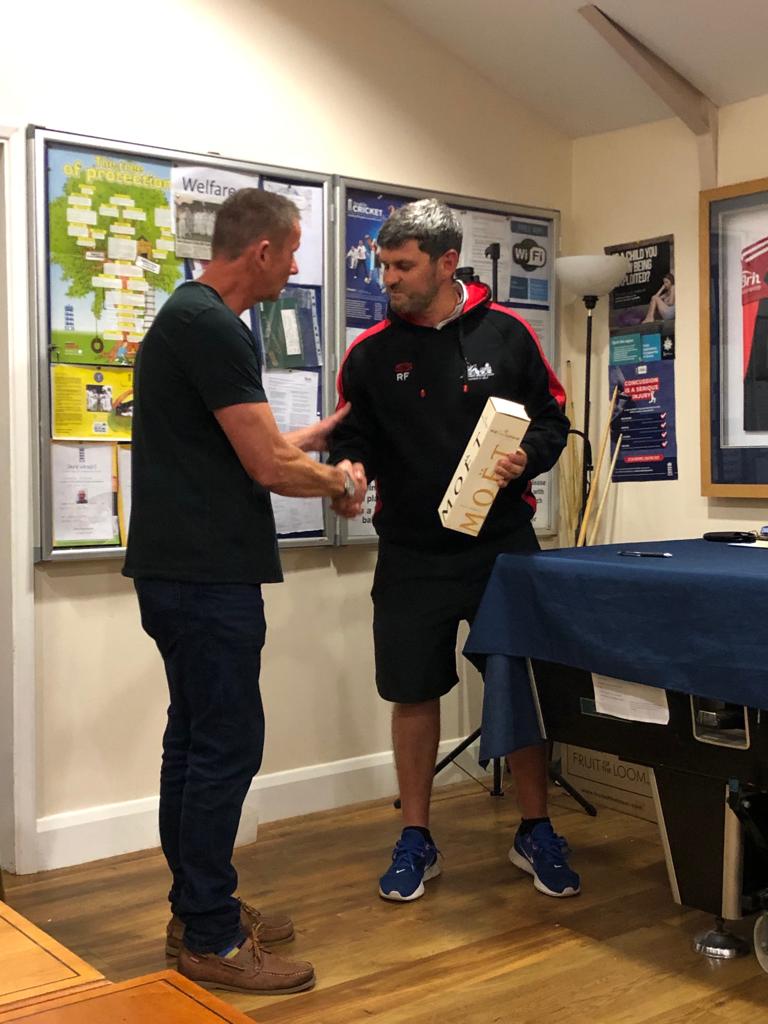 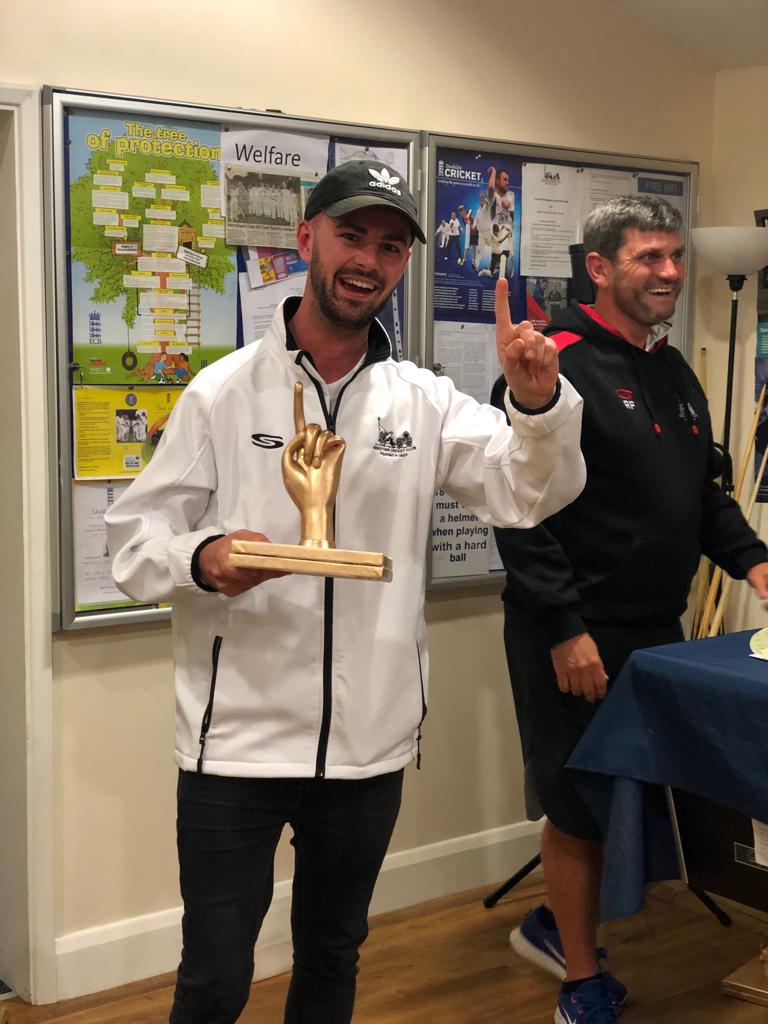