Merstham CC's Under 8s side got off to a flying start by winning their first ever game, away to Pyrford CC at Hoebridge School near Woking. This is the youngest age-group that plays matches at Merstham and this latest generation seems to have the club's future in fine hands.

The bright sunny skies and light fluffy clouds meant it would surely be a good day for batting and when James Reeves called "tails" as the coin fell, eight young players eagerly awaited the outcome. Alas, the toss went to the home team and Pyrford chose to bat. 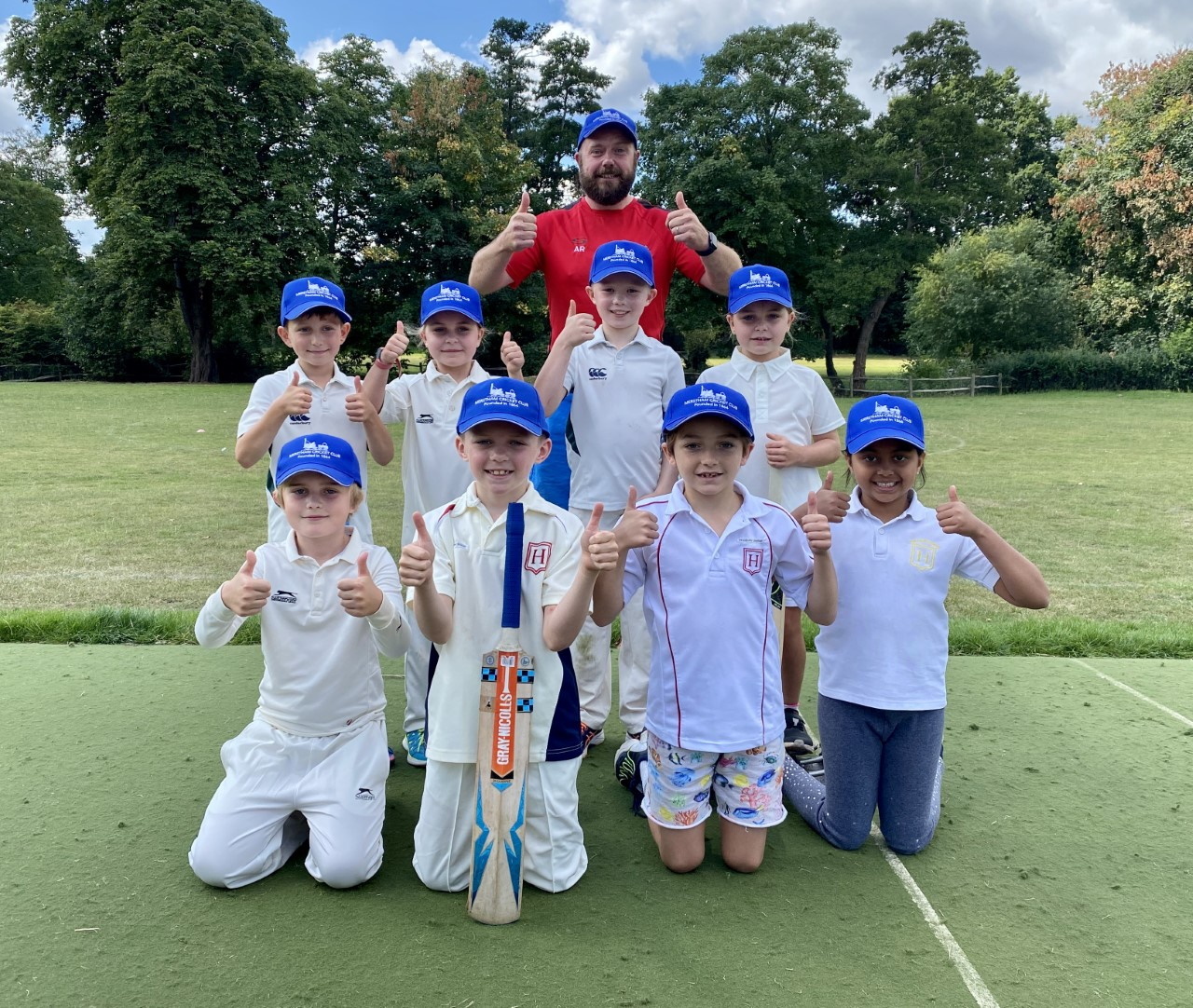 Matty Porter opened the bowling, taking three wickets in his two over spell and applying some good early pressure to the home side. The runs came in as did a few more wickets and after their fourth pair had finished batting, Pyrford had set an impressive 272 from their 16 overs (having started on 200).
There were some great displays in the field too, the Owens twins Philippa and Caitlin showing some sisterly style in the middle overs and Will Rustige keeping wicket to some pretty quick bowling.
Merstham's opening bat, Jack Tyte smashed his way to a fast 16 from his overs and this performance, backed up by some excellent calling from Kavya Panchel, quick singles and some cool headed thinking from Zach Hazelden and across all the pairs meant that Merstham were able to chase down the impressive target, finishing with 273 - despite Pyrford squeezing a runout from the last ball of the match.
Pairs cricket is alive and well and with a new generation taking up the willow (and sometimes plastic) the future of Merstham CC looks as bright as the blue caps these great little players won today.
Among other junior results this weekend, the club's U15 girls side won a friendly in the last over at Cranleigh.