Merstham's U15 girls team enjoyed a great finish and victory at Cranleigh on Sunday. Merstham fielded six players against Cranleigh's 11 but their opponents allowed them to field two U12 boys and leant them two fielders, as well.
Captain Lottie Burnett won the toss and chose to bowl. All five outfield players bowled four overs each. Rianna Patel and Orla Chavasse opened and restricted Cranleigh to two runs in the first two overs.
Orla took a great clean bowled wicket, followed up by Hollie Jones with two more clean bowled to her name.
Daisy Wicks and Rebecca Collins kept plugging away and in the end Cranleigh ended up on 103.
Lottie and Orla opened the batting with a good positive start. Merstham lost Orla early on Rianna scored a couple of boundaries and was then bowled. Rebecca Collins came to the crease hitting the bowl to the boundary on numerous occasions but unfortunately fell trying to up the scoring rate. 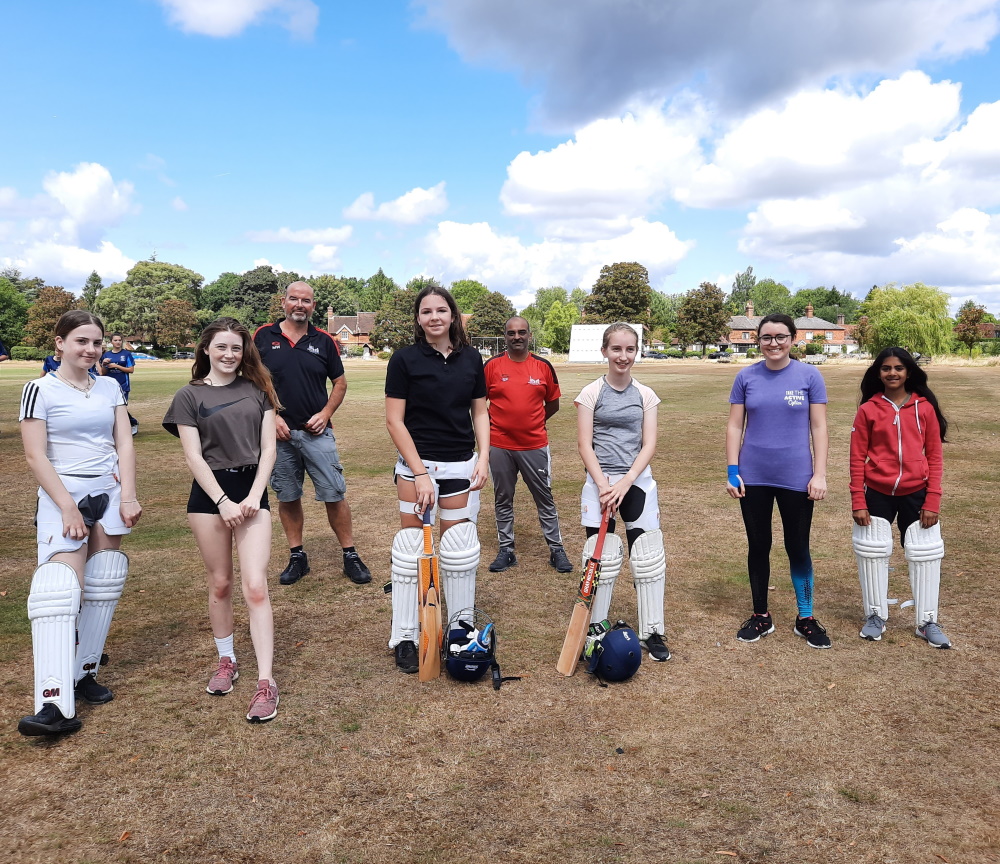 Hollie joined Lottie and and their running between the wickets was great pinching singles. Merstham lost Lottie who steered the side as a captain would do within touching distance of the 104 that was needed.
In came Daisy Wicks, our top scorer, again scoring boundaries and nicking singles with Hollie. Hollie and Daisy played well and needed 21 off the last five overs. They both plugged away. The running was great and the scores were tied at the end of the 19th over. They both ran a bye on the second ball of the last over to give Merstham a much awaited win, ending a brilliant game.