Merstham Cricket Club have made history by sending out a Ladies team for the first time. We are now looking to build on this by recruiting more female players over the winter period. Anyone interested should get in touch with our chairman Richard Feist at retro_rich@hotmail.co.uk.

South Nutfield scored 150-5 in their 20 overs and Merstham scored 105-6. Below, Rachel Fisher reflects on the first match - and the preparations that went into it - against South Nutfield.

One beautiful Friday evening at the start of September, a group of 14 ladies met at Merstham Cricket Club for their first (and only!) training session ahead of a pre-arranged game with South Nutfield Ladies.

The 'team' had been formed over the previous couple of weeks - all ages and abilities were considered - an interest in sport and cricket was the only prerequisite!

Many of those who turned up had children who trained in one of our colts sides; some were their friends or family members.

The session began on the all weather pitch. None of us knew what to expect, and with the odd exception, none of us were aware where our strengths lay - were we batters, bowlers or fantastic fielders? Our training lasted for almost two hours.

Dads and kids turned up to watch and play their own games. We thoroughly enjoyed the training and vowed to return. The nets certainly took a beating from Merstham Ladies in the week that followed!

Fast forward to Sunday September 20th at 9am. Ten adults nervously made their way to the nets and practised. The two under 13s that we had borrowed for the occasion took everything in their stride! The opposition arrived and we were off!

Our opening batters were tremendous! Sally retired at 30 runs after scoring some great boundaries which included a spectacular flat six! Susie and Ali particularly hit some great shots and boundaries, despite facing lots of quick, straight balls.

All of our batters did the team proud. A quick turnaround and slice of cake, and we were fielding! We did ourselves proud with both bowling and fielding. There were some great performances and great enthusiasm in the field.

A couple of wickets and catches, along with the amazing support from what appeared to half of the village, left us all buzzing with enthusiasm, despite defeat, and ready for our next match. 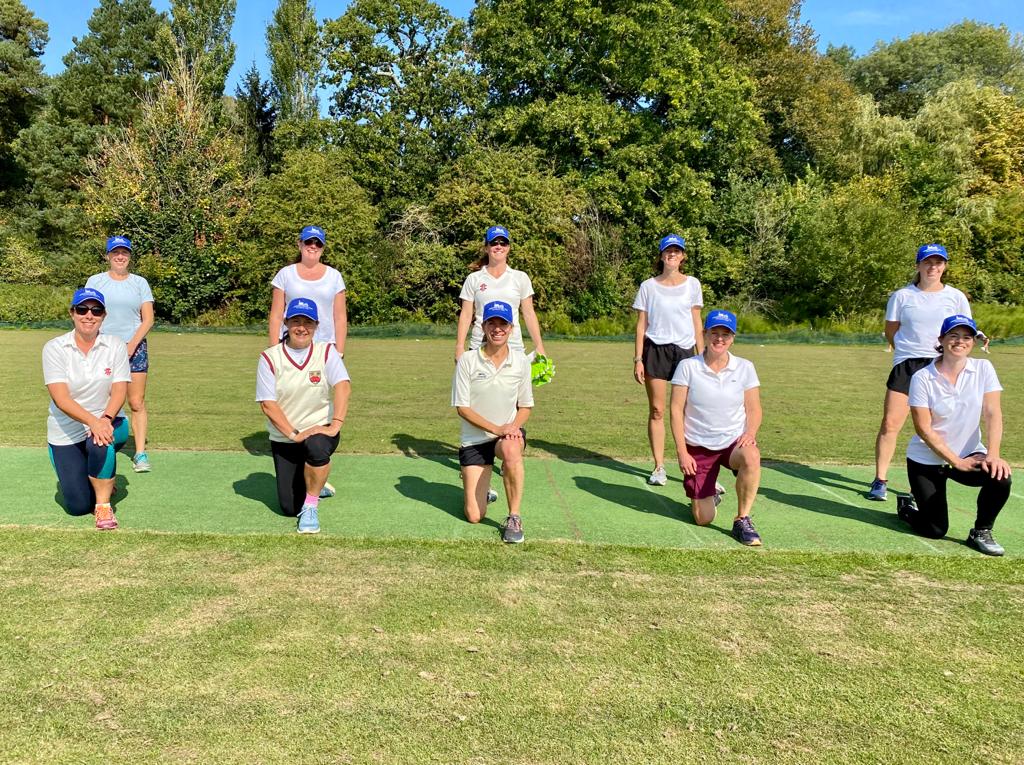