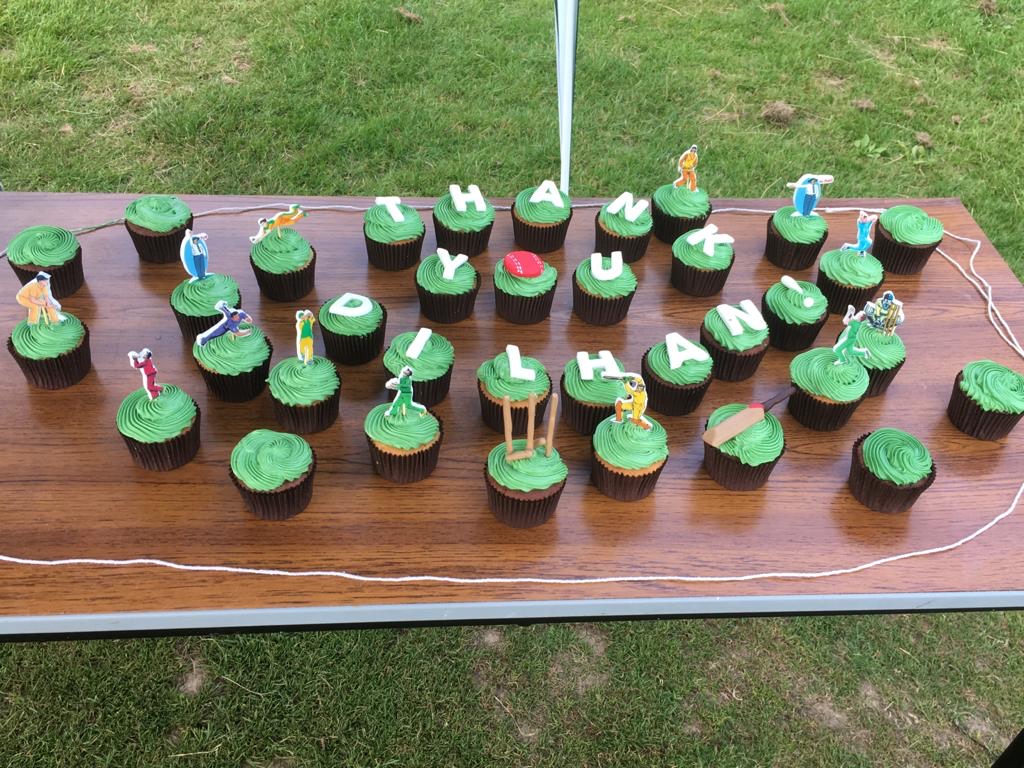 The U15s celebrated their end of season in what has become the traditional boys v families match. Winners for the last two years, the U15s retained the trophy again after being given a couple of extra overs to beat the families' score.
As ever, it was a fun evening, but tinged with sadness as Dilhan Jayamanne was standing down as head coach. Dilhan gave the boys a final team chat, before presenting the annual awards. Then it on to big thanks and a presentation to Dilhan himself.
Most improved player went to Matt Gray, particularly for bowling, including his 2-18 against Salfords. Flynn McRobbie won the coaches' award for his commitment, especially in the field taking four catches and getting two run outs. Player of the season was very deservedly to James Pieters as the team's top scorer with 138 runs.
It was a disappointing season results-wise for the team, but despite this the boys stayed positive right through to the end, clearly enjoying playing cricket and playing together.
Thank you Dilhan. We will miss you. 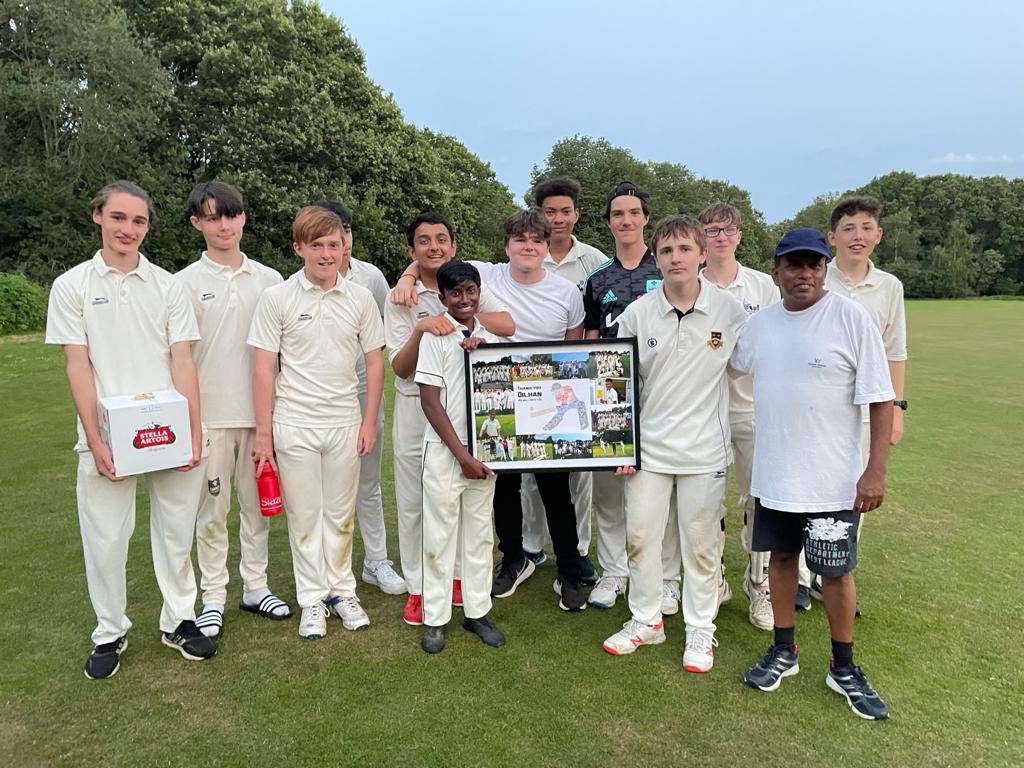 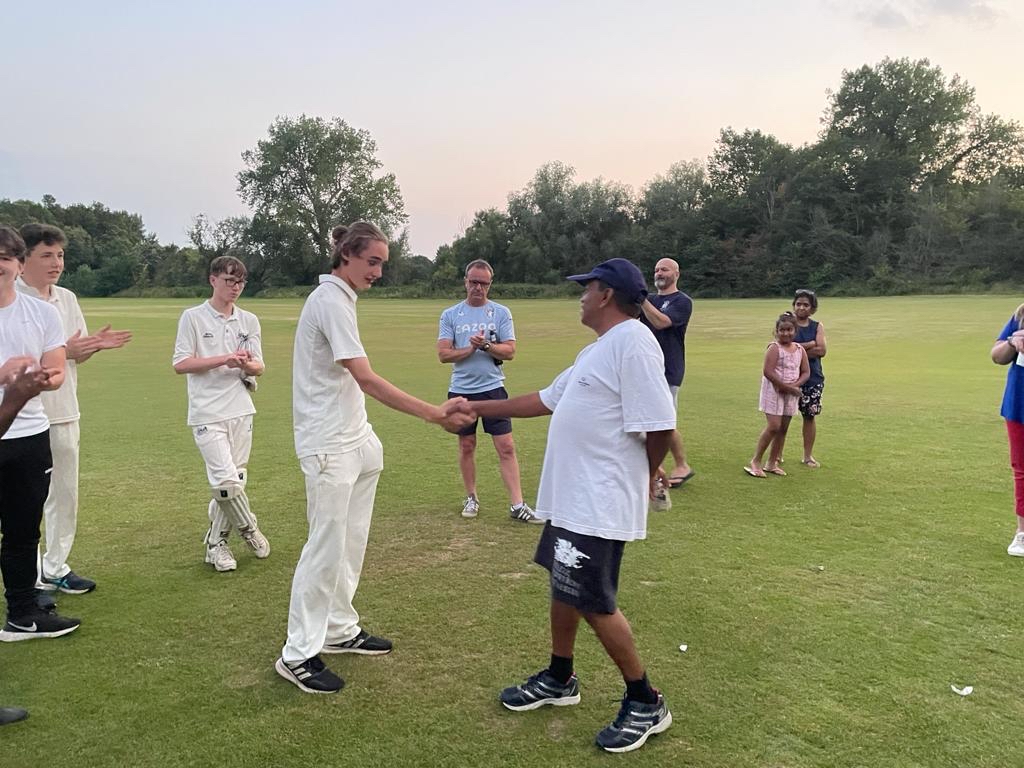 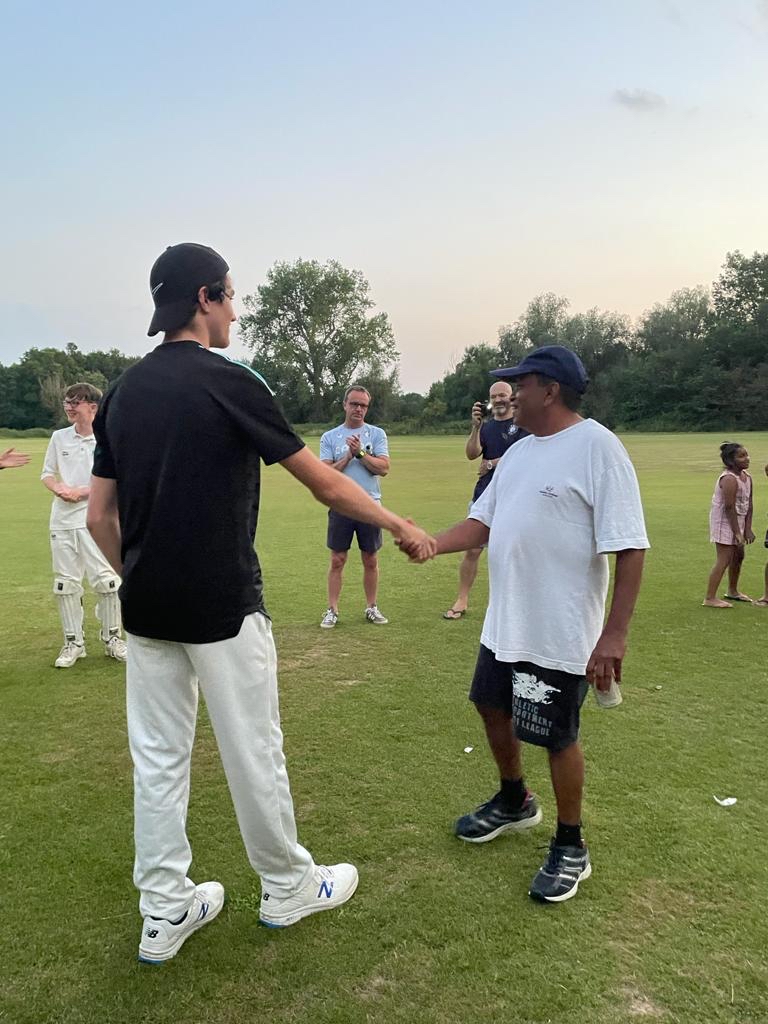