A rare, historic weekend for Merstham

Merstham Cricket Club had a humdinger of a weekend, with the women's team making history in style on Sunday, after, on Saturday, the club's four adult league teams achieved the rarity of all winning on the same day.
Making history by entering the Surrey Women's Cricket SMASH IT softball League for the first time, the ladies defeated hosts Salford, Reigate Priory and Horley to top their group. This sets them up nicely for the next round.
The club's Saturday first team continued their assault on the Fuller's League Division Two with a third straight win, defeating hosts Shepperton by 28 runs.
Having elected to bat on another glorious day for cricket, openers Daniel Kite and Andy Rivers put Merstham on a stable footing.
They accumulated a 68-run partnership before Rivers was caught at first slip for 37. Shepperton picked up another quick wicket of Jaikumar Uvaraju with a smart catch behind the stumps.
However, from there, captain Noman Javed (42), supported by the incredible mature batting display of the 16 year old opener Kite, pushed the total to 137 with some great power hitting before young Kite fell four short of his first half century for the first XI.
The middle order continued to tick the scoreboard over and Merstham finished on 189.
Shepperton, opening with Richard Barker and David Sheward started strongly against the opening attack of Asim Jaffri and Javeed. However, an ever-reliable Manish Patel took a brilliant diving catch to dismiss Sheward (19), who looked established at the crease.
The spin attack of Humayoon Nasir and Mohsin Ali managed to contain and stymie the Shepperton middle order with Nasir picking up 3-14 off his nine overs. Despite picking up wickets at regular intervals Shepperton continued to bare down on Merstham's total. To the delight of Merstham, Jaffri came back to ease any squeaky bums by tidying up the lower order to finish off with 4-48, giving Merstham the win by 28 runs.
In the Surrey Championship, Merstham seconds bowled out Stoke D'Abernon for 111 (Callum Letts, 3-17) with nine batsmen caught. Jason Drewett (39) and Jo Czerpak (20) top scored in the reply.
The third team won at Old Whitgiftians. Struan Clark took 4-20 as the hosts were all out for 95. Andrew Clarke (32) top scored in the response.
The fourth team bowled out Wimbledon for 138 (Omar Shuja 4-35, Alex Reeves 3-22) and after a well-managed run chase reached the total with an over to spare, Dilhan Jayamanne (30) and Asif Akhtar (52) setting a great platform. Captain Gopa Nair (18) and Sentil Rajaram (12 not out) completed the task. 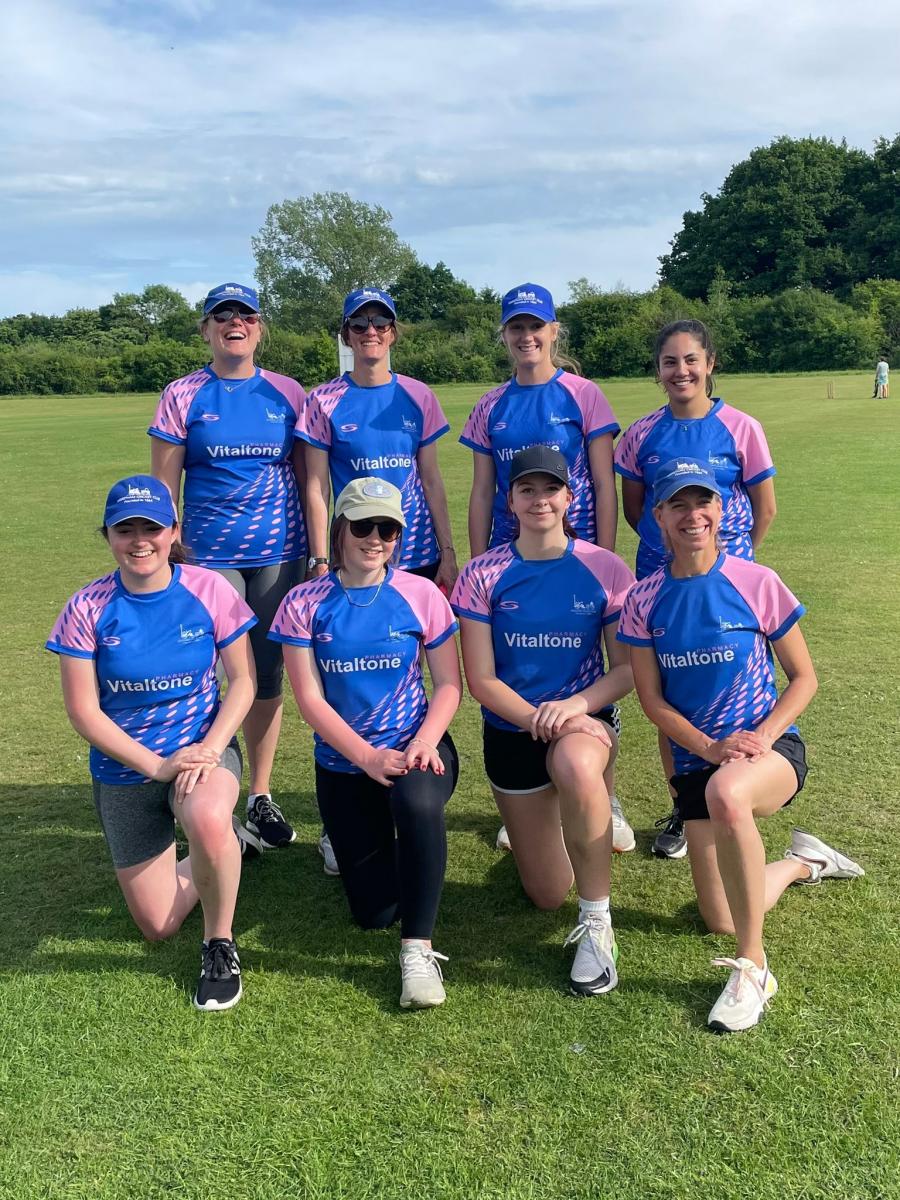